The story behind "Devil's Trill" starts with a dream. Tartini allegedly told the French astronomer Jérôme Lalande that he dreamed that The Devil appeared to him and asked to be his servant. At the end of their lessons Tartini handed the devil his violin to test his skill—the devil immediately began to play with such virtuosity that Tartini felt his breath taken away. The complete story is told by Tartini himself in Lalande's Voyage d'un François en Italie (1765 - 66):

"One night, in the year 1713 I dreamed I had made a pact with the devil for my soul. Everything went as I wished: my new servant anticipated my every desire. Among other things, I gave him my violin to see if he could play. How great was my astonishment on hearing a sonata so wonderful and so beautiful, played with such great art and intelligence, as I had never even conceived in my boldest flights of fantasy. I felt enraptured, transported, enchanted: my breath failed me, and - I awoke. I immediately grasped my violin in order to retain, in part at least, the impression of my dream. In vain! The music which I at this time composed is indeed the best that I ever wrote, and I still call it the "Devil's Trill", but the difference between it and that which so moved me is so great that I would have destroyed my instrument and have said farewell to music forever if it had been possible for me to live without the enjoyment it affords me." 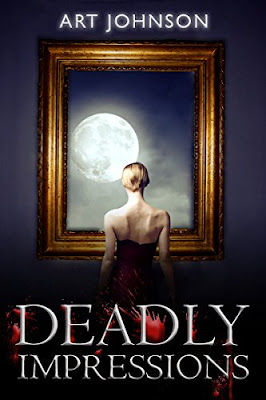 FBI special Agent Chris Clarke and his partner Carlos Chubbs Gonzales are off to the City of angels to investigate the kidnappping of a twenty-four year old Hollywood heiress. But her abductors won’t follow the rule book. 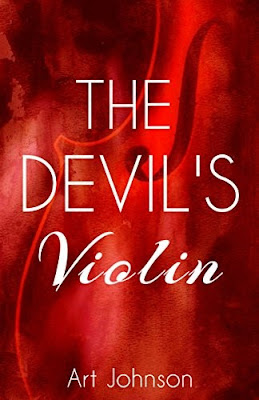 Through a tangled web involving Illuminati, secret documents in the possession of Paganini at his death, a master violin forger and his deceptive daughter, thieves, and assassins, Special Agent Chris Clarke faces the challenge of his career as he and his partner move across Italy to the South of France where pieces of the puzzle begin to fall into place with the Devil’s Violin at center stage. 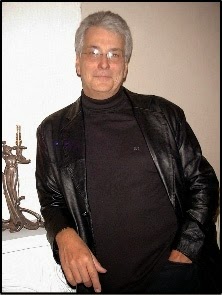 Born in San Diego, California in 1945, at the age of twenty-three, Arthur Johnson moved to Hollywood where he spent the next twenty-one years as a studio musician, composer for films and records and touring musician to the stars. In 2002, he moved to Monaco with his wife Patricia where he still resides along with residences in Nice and Montréal, Canada. He continues to perform and teach and has currently finished an autobiography entitled “Memoirs of a Sideman” and a novel, “The Devil’s Violin”.